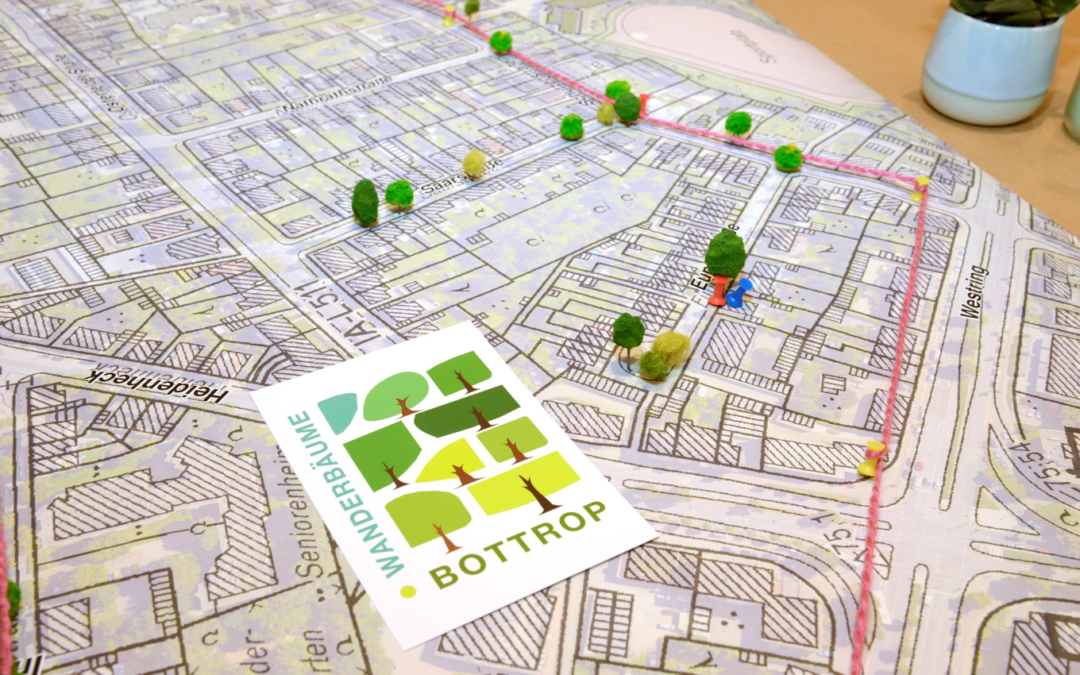 As part of the Living Lab in Bottrop, the second workshop with motivated and committed residents of the Wandering-Trees-neighborhood in Bottrop took place on 12.04.2018. During the workshop, the locations of the wandering trees and the beginning of the route of their parade were discussed together with the local residents. The citizens were very open-minded and temporarily adopted a tree for the parade.

In addition, citizens suggested many opportunities for the involvement of relevant actors, such as kindergartens and schools, and the participation in a planned street festival.

All in all, the workshop provided many opportunities to involve all residents and stakeholders in the future and to inspire them to actively participate in the Living Lab.

More information can be found on the Bottrop iSCAPE living lab web page and at the following links:

Some pictures of the workshop can be found below (© U. Grützner, TU Dortmund) 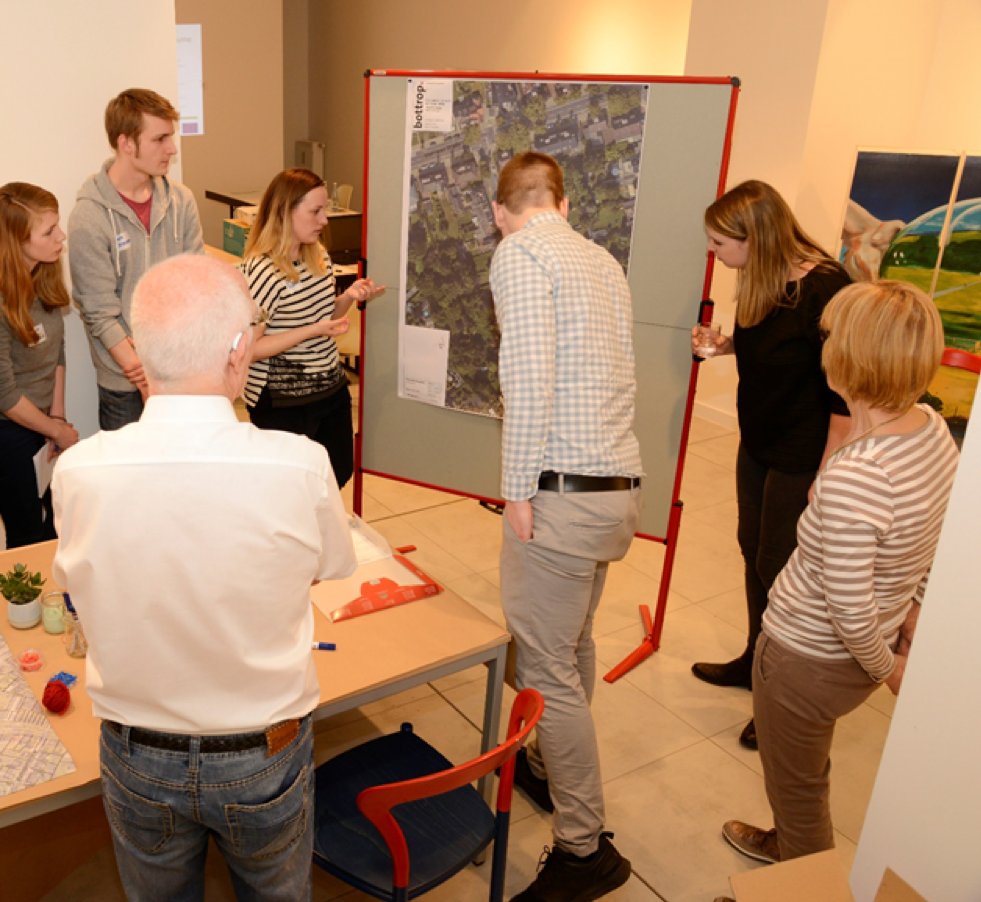 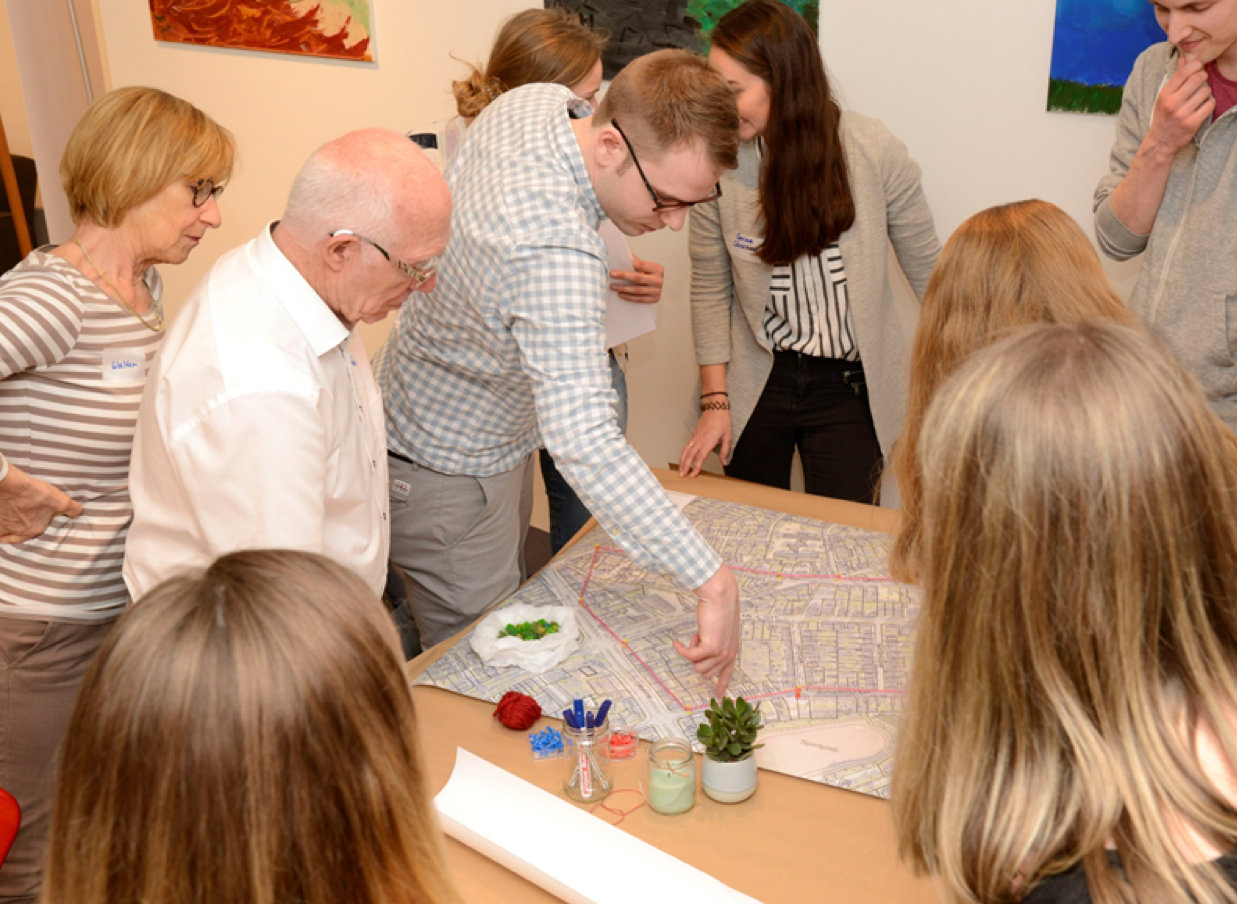 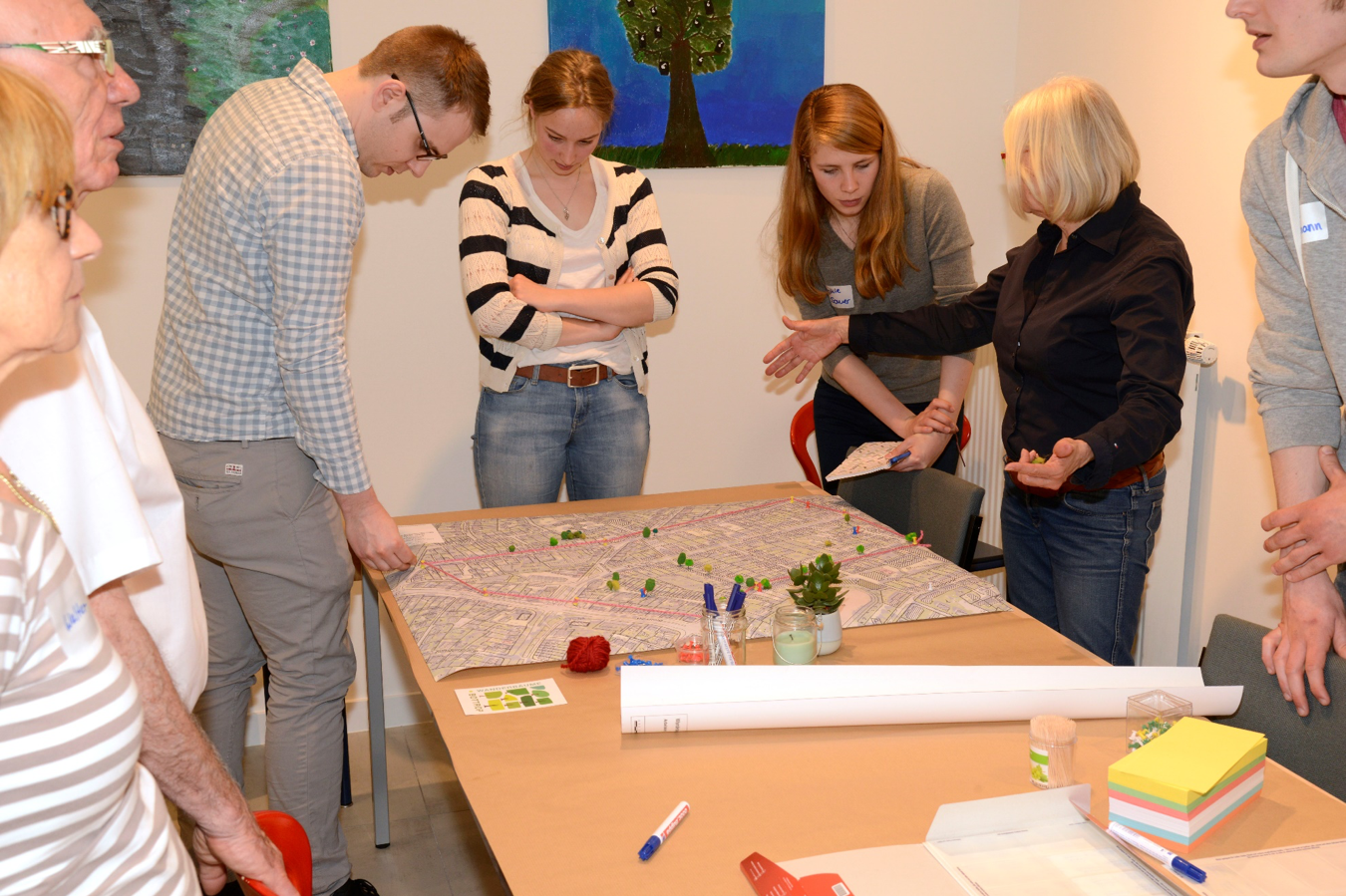