The trees in Bottrop have started wandering again 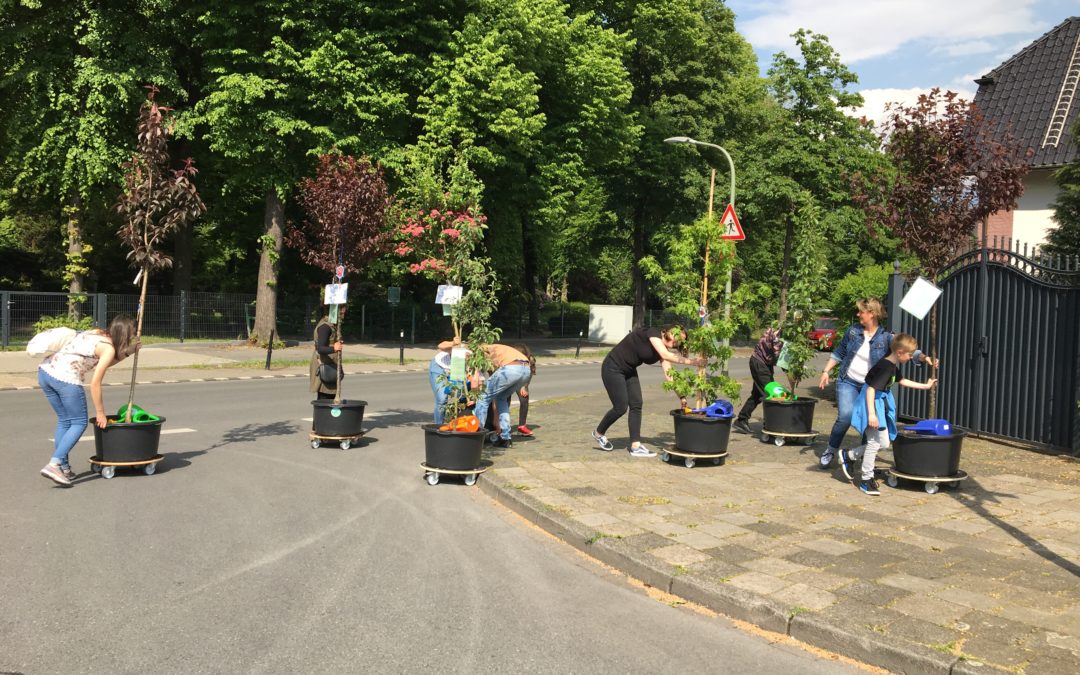 From mid-May trees have started wandering in Bottrop again.

Our Wandering Tree Parade joined a city festival – the Mitmachfest in Bottrop – with an information booth where visitors were able to find out more about the iSCAPE project, the wandering trees and create some tree decorations and seed balls.

The parade, that started at the end of the festival and saw the participation of citizens, children with their parents, as well as the TUDO team led the trees to the schoolyard of a secondary school (Albert-Schweizer-Grundschule in Bottrop). The school children will now take care of the wandering trees until their next stop.

Two weeks before the festival started, the TUDO team and members of Bottrop City Council prepared a school lesson in which we talked about the benefits and importance of urban green. After the lesson the children were able to determine the future locations of the wandering trees. The next school lesson will be on Monday 03rd of June at the Cyriakusschule. On Monday 17th of June the trees will move to the schoolyard.

All in all, the event benefited from great participation and offered the children a lot of fun as well as a lot of food for thought! 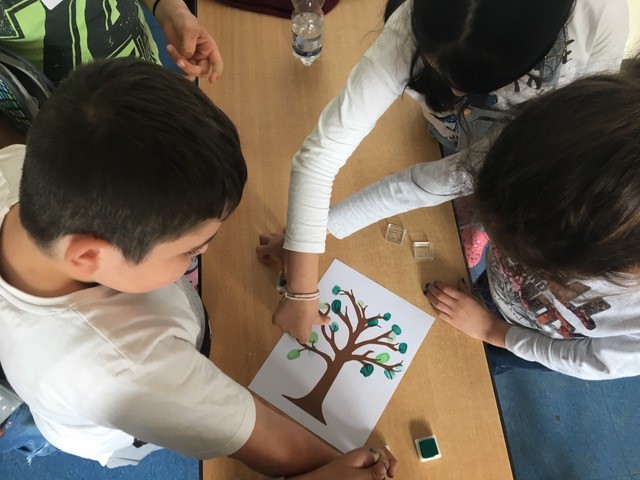 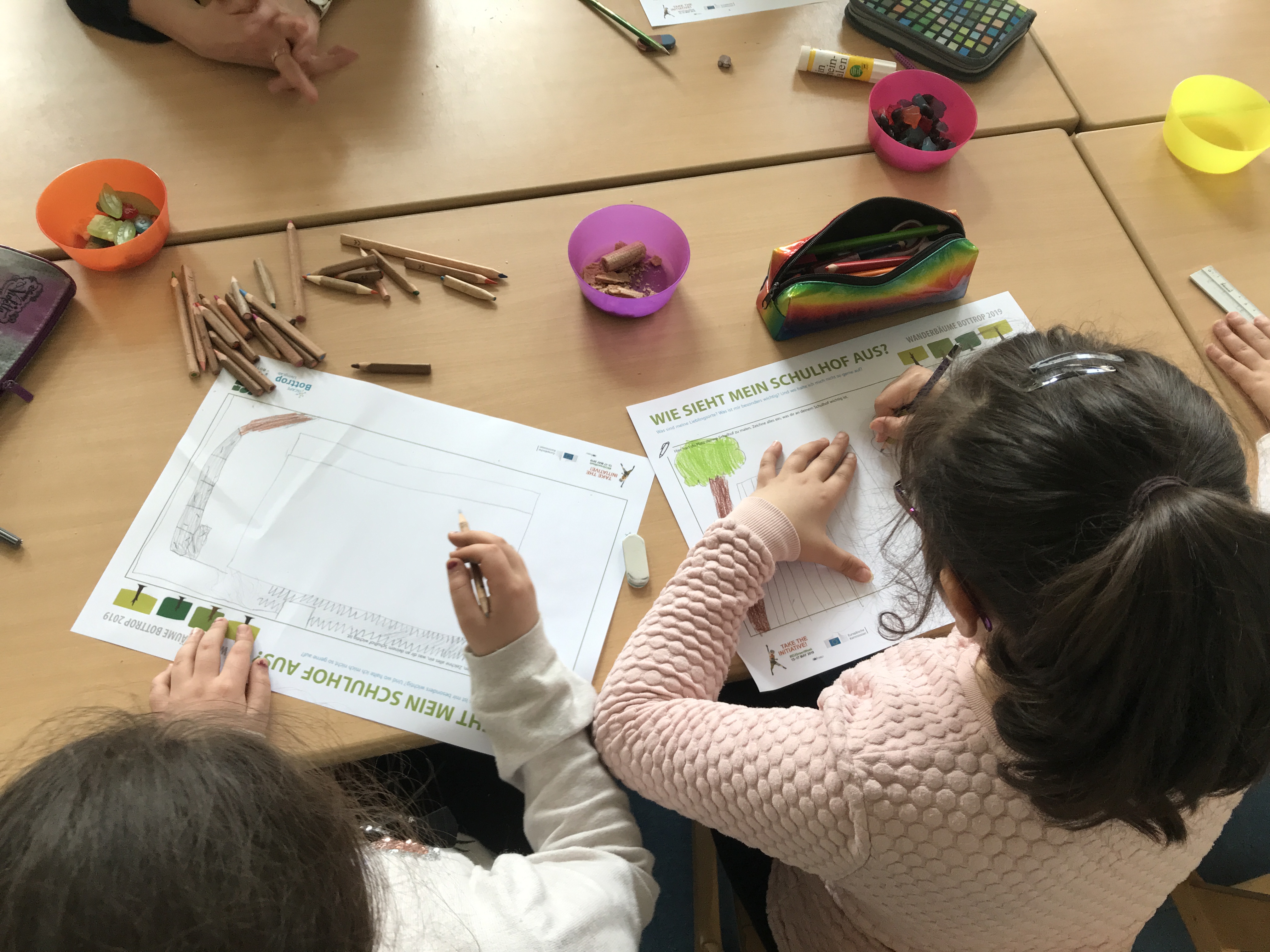