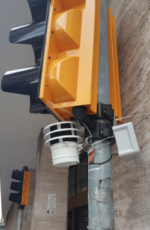 Between the end of January and the beginning of February 2018 the University of Bologna has been testing and using the updated version of the Smart Citizen Kits in a real environment.

The aim to test and calibrate the updated Kits in a city center so that they can become a reliable and easy-to-use tool, for citizens to monitor pollutant levels, as well as a low-cost support for researches in the field of air quality and livability of a city.

Activities have been undertaken in two phases: 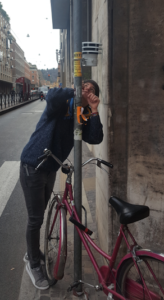 The winter measurement field campaign is being undertaken from the 15th of January till the 15th of February 2018 inside and above two urban street canyons in Bologna; one with tress (Via Laura Bassi) and one without (Via Marconi).

Compared to the previous summer campaign, this campaign is especially important and interesting because during this season smog and particle pollution are especially high, primarily due to the different atmospheric dynamics which frequently cause the trapping of pollutants in the atmospheric boundary layer (i.e. close to where people live). For this reason, further air quality instruments, in particular related to particle pollution, were    installed at both sites. 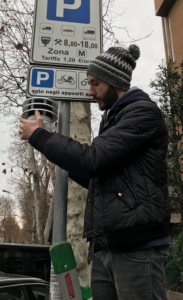 What are urban street canyons?

Urban street canyons are special structures inside cities. Atmospheric dynamics and turbulence are crucial for pollutants transport and removal. The effects of vegetation inside the canyon is currently under investigation to assess the impacts of trees on air quality at pedestrian level.